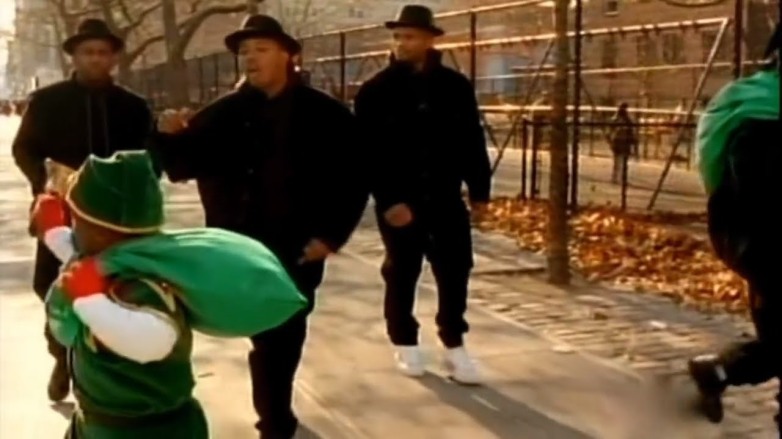 When former Def Jam Director of Publicity Bill Adler approached Run DMC in 1987 to record something for the Special Olympics benefit album A Very Special Christmas, the group was very adverse to what they thought was a corny gimmick with little artistic merit. Adler eventually convinced them, however, and Jam Master Jay found the now-classic loop from Clarence Carter’s “Back Door Santa” to use as the song’s musical backdrop.

Instead of treating the project with disdain, the group decided to take their song seriously and put a unique twist on the holiday. “Every other Christmas song is like a fantasy,” DMC told Evan Rytlewski in a 2013 A.V. Club interview. “But my story is what really happened in real life, about real people, and what it was like as a kid growing up.”

In DMC’s opinion, the group’s fresh take on holiday songs transcended beyond Christmas to many different cultures and religions. “It touches Jewish people, German people,” he told The A.V. Club. “It touches people all over the world. They can relate to what those rhymes about Christmastime symbolize.”

32 years after its initial release, it’s hard to argue his point. “Christmas In Hollis” remains a holiday favorite every year, earning more than 24 million Spotify spins and 12 million views on YouTube. We might roll our collective eyes and grumble about the gross commercialization surrounding Christmastime every year, but give Run DMC credit for taking a risk, embracing the idea, and using the holiday to create one of the most recognized singles from their extensive catalog.