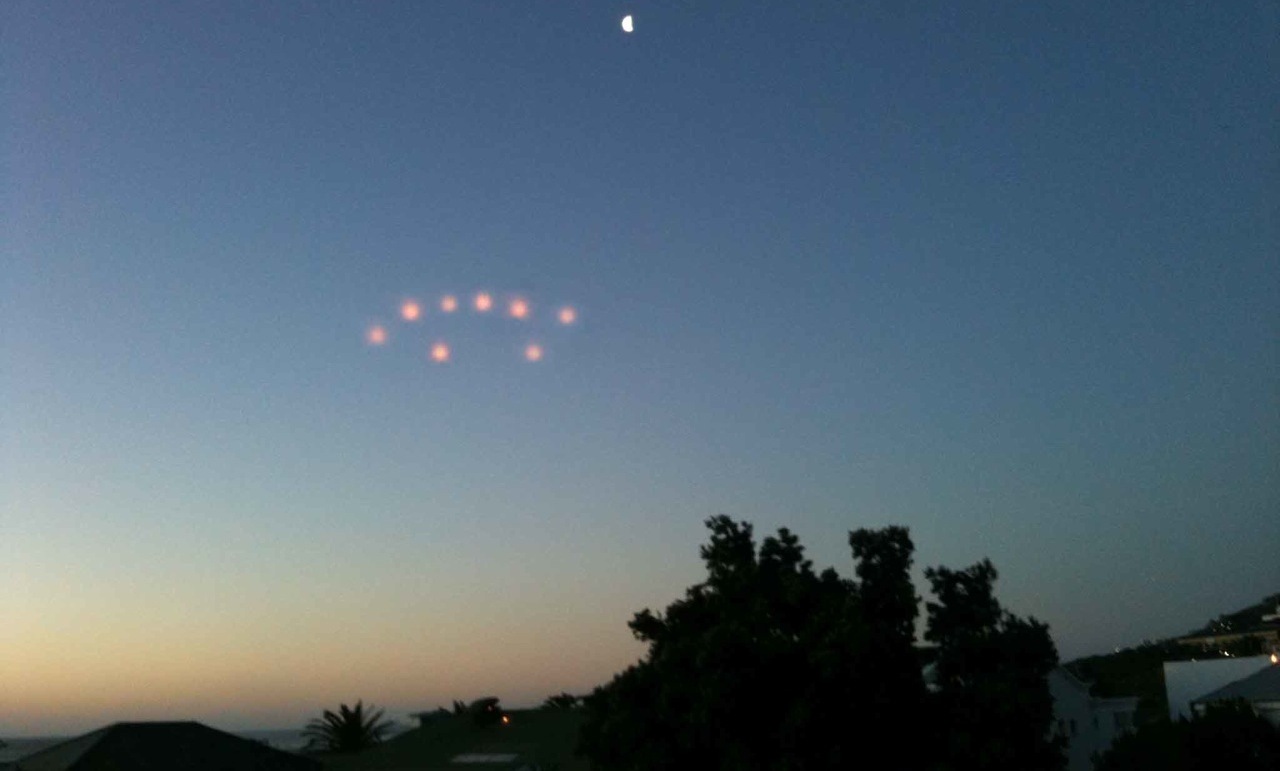 On the morning of November 14th, 2004 90 miles of the coast of California near San Diego, the Nimitz Carrier Strike Group was conducting routine training and aerial defense exercises. Unknown craft would appear that forever changed all of those that encountered them. After 13 years of cloaked secrecy the True UFO Story can finally be told.

GO FAST is the third of three official USG videos selected for release after official review by multiple government organizations. While To The Stars Academy of Arts & Science was the first to obtain a copy, it should be available to any member of the press or public via the Freedom of Information Act. This footage was captured by a U.S. Navy F/A-18 Super Hornet using the Raytheon ATFLIR Pod that was being operated by a highly trained aerial observer and weapons system operator whom the government has spent millions of dollars to train. Go Fast reveals a previously undisclosed Navy encounter that occurred off the East Coast of the United States in 2015 and the object in view remains unidentified…

“It’s not just about lights in the sky. It’s about lies on the ground”…

Loud booming noises have startled people across the United States, but it’s not clear what actually is happening or if the separate events are even related.

The Monday sounds left CBS Denver’s meteorologist Chris Spears baffled. The only possible explanation Spears could conclude was that meteors from the Leonid meteor shower were bursting in the sky, creating the loud noises. However, Ron Hranac, an astronomy expert, struck down his theory saying that the meteors produced by the Leonids are way too small for this to happen, according to CBS Denver.

A day after the explosion-like noises, officials believed they had a better answer of what happened on Monday night, but they still aren’t certain.

An empty oil storage tank over-pressurized near the region where residents were calling in about the boom, Colorado Oil and Gas Conservation Commission (COGCC) officials told The Denver Channel. Due to the pressure, the lid was blown from the tank, “potentially resulting in a loud noise,” officials explained.

Following the incident, the oil and gas production company went on to file an accident report, which stated “that a malfunction of a production vessel led to an over-pressurization of a new and empty … storage tank, which resulted in the lid of the tank being compromised,” The Denver Post reports.

Furthermore, the report notes that no one was hurt and there were no environmental impacts or property damage outside of the boundaries of their property. The COGCC is now looking into the event to further understand what happened.

“The wells at the site will be closed in until equipment repairs have been made and a more thorough review of the incident has been completed,” the report said, according to The Denver Post.

Although the cause of the Colorado noises may have been discovered, other noises from across the country remain a mystery. A recent boom heard in Alabama left the National Weather Service in Birmingham taking many guesses as to what happened.

“Re: loud boom heard: we do not see anything indicating large fire/smoke on radar or satellite; nothing on USGS indicating an earthquake,” the agency wrote on Twitter. “We don’t have an answer, and can only hypothesize with you. 1) sonic boom from aircraft; 2) meteorite w/ current Leonid shower?”

However, the November 14 incident has still yet to be solved.

Scientists have successfully teleported an object from Earth to space for the first time, paving the way for more ambitious and futuristic breakthroughs.

A team of researchers in China sent a photon from the ground to an orbiting satellite more than 300 miles above through a process known as quantum entanglement, according to MIT Technology Review. It’s the farthest distance tested so far in teleportation experiments, the researchers said. Their work was published online on the open access site arXiv.

For about a month, the scientists beamed up millions of photons from their ground station in Tibet to the low-orbiting satellite. They were successful in more than 900 cases.

“This work establishes the first ground-to-satellite up-link for faithful and ultra-long-distance quantum teleportation, an essential step toward global-scale quantum Internet,” the team said in a statement, according to MIT Technology Review.

The MIT-owned magazine described quantum entanglement as a “strange phenomenon” that occurs “when two quantum objects, such as photons, form at the same instant and point in space and so share the same existence.” “In technical terms, they are described by the same wave function,” it said.

The latest development comes almost a year after physicists successfully conducted the world’s first quantum teleportation outside of a laboratory. Scientists at that time determined quantum teleportation, which is often depicted as a futuristic tool in science-fiction films, is in fact possible.

If you were a Lost fan and into conspiracy theories and still have not watched this, then this is for you…

The first one shows the object in motion. The camera captured this for about eight minutes prior to the spectacular display in the next video:

This clip shows the first expulsion of the hot material from the object and the object’s movement away from the plume:

The second expulsion occurred at the end of the video:

Here is the full ten minute video of the sighting:

Amidst the plethora of hacked Clinton campaign emails posted on Wikileaks over the last few days are a handful of curious messages from prominent individuals concerning UFOs.

Remarkably, there are a pair of 2015 emails from Apollo astronaut Edgar Mitchell to Clinton campaign chairman John Podesta.

In the first email, from January of that year, Mitchell declares to Podesta that “it is urgent that we agree on a date and time to meet to discuss Disclosure and Zero Point Energy.”

The second message, which was sent by Mitchell about eight months later, alludes to a planned Skype conversation with Podesta and includes a number of remarkable statements made by the astronaut.

Mitchell tells Podesta that “our nonviolent ETI from the contiguous universe are helping us bring zero point energy to Earth” and that “they will not tolerate any forms of military violence on Earth or in space.”

While the tone of the emails is rather friendly and suggests that perhaps the two men may have had some kind of offline correspondence, a colleague of Mitchell’s told the website GeekWire that the pair never actually met.

Beyond the Mitchell messages are tantalizing emails regarding UFOs that were sent by Tom DeLonge of Blink 182.

In those emails, DeLonge notes that he had interviewed Podesta for a documentary, presumably concerning UFOs, and wants to introduce him to two mysterious individuals who purportedly had inside information regarding the phenomenon.

DeLonge tells Podesta that “they were principal leadership relating to our sensitive topic. Both were in charge of most fragile divisions, as it relates to Classified Science and DOD topics. Other words, these are A-Level officials.”

A subsequent message from DeLonge about four months later mentions a potential whistleblower, named General McCasland, who was allegedly in charge of the secret lab which housed the Roswell wreckage at Wright Patterson Air Force Base.

It is unknown at this time whether DeLonge was successful in arranging any meetings between Podesta and the UFO insiders that the musician has assembled around him.

While the emails serve to confirm Podesta’s longstanding interest in the UFO phenomenon, they offer precious little insight into his own thinking concerning the issue, only what he was being told by Mitchell and DeLonge.

In fact, the leaked messages should actually be a bit disconcerting to UFO disclosure activists in the sense that sensitive names may spill out into the public and potentially scare off any future whistleblowers afraid of being exposed.

To that end, there are no doubt numerous UFO researchers trying to find out everything they can about General McCasland and what he might know about the phenomenon.