This is off the new Big Twinz & DJ Skizz album ‘Billy Ocean’. Gonna have to squeeze in a cut or two off this project for my October Mix coming up…

‘The Way We Were’ project out now…

New Milano music is always welcomed ’round these parts. DJ Skizz on the beats…

Been a while since i heard some new Ill Bill music, so i’m definitely happy to hear he has a new album coming out with this joint produced by DJ Skizz being the lead single… 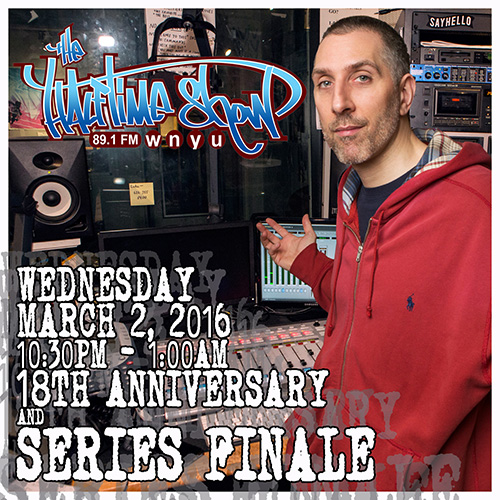 It’s definitely feeling like the end of era. I actually started listening to 89.1FM’s hip-hop show when Meyhem & Sunset were up there, then later on DJ Riz and Eclipse took over. This was all during the 90’s when Stretch and Bobbito were up on 89TEK9 giving me plenty of sleepless Thursday nites-Friday mornings. *sigh* As the saying goes ‘all good things must come to an end’…

It’s been a great journey, but after 18 years I’ve decided to give The Halftime Show on 89.1FM an ending. March 2, 2016 will be the 18th anniversary of the show as well as the last show. We will have a big blowout show as we do every anniversary with a few producers, a ton of MCs and a DJ or two.

Thanks to all the artists that have come through over the years, guest hosts and DJs that have held me down while I was on tour and to the folks up at WNYU who continued to provide us with an outlet to play good music even after our time should have run out.

Special thanks to DJ Riz and Lynn Gonzalez who started the show with me 18 years ago and to all the staff that have contributed to the show throughout the years. Skizz, Petey Cologne, Marz One, Navani, Big Zoo, Soe, Naveen and anyone else that helped out in any way I thank you for your contributions and hope the listeners have enjoyed what we had to say/play.

New video, off “The Nicest” EP out now. You can also catch this joint on my July Mix.

Cormega links up with Roc Marciano for new single,’No Filter’, produced by Marco Polo with cuts by DJ Skizz. This is the clean version. Follow Cormega on twitter @iamcormega!